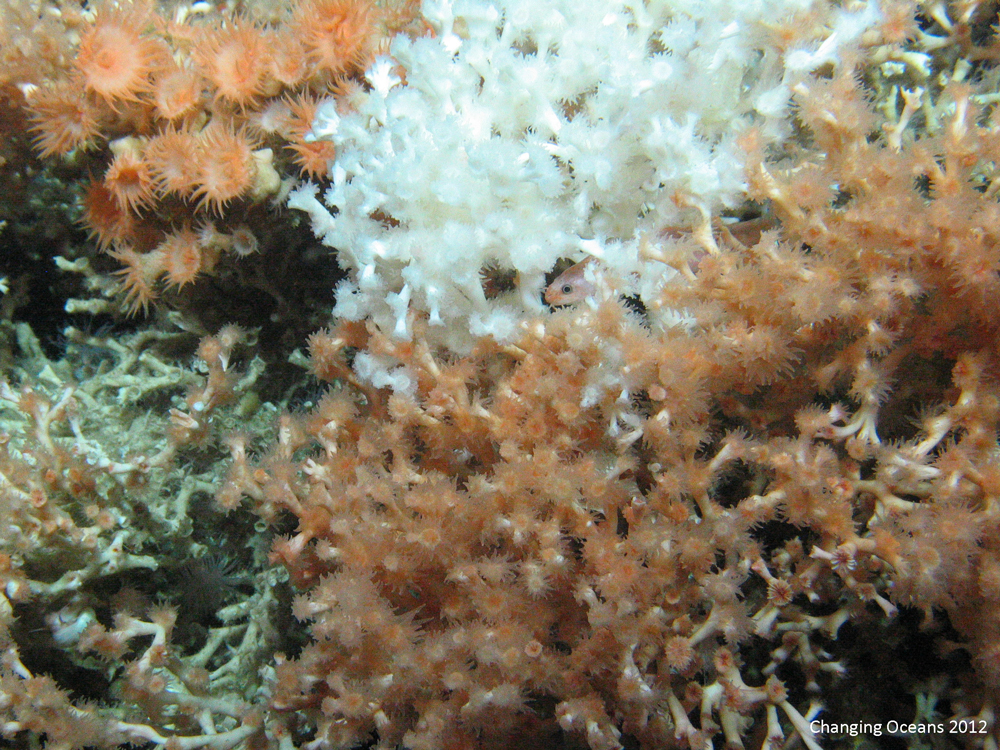 Researchers from across the UK, and the world, recently returned to shore following a highly successful, month-long research expedition aboard the Royal Research Ship James Cook. The Changing Oceans Expedition, led by Professor Murray Roberts from Heriot-Watt University (HWU), was part of the UK Ocean Acidification Research Programme, with the aim of examining the potential impact of ocean temperature and chemistry changes upon cold-water coral reefs and the associated reef-creatures.

Research activities on board the James Cook centred on the Holland I Remotely Operated vehicle (ROV) – an impressive yellow robot which descended more than 1800 m into the North Atlantic in search of coral reefs. With the expertise of the pilots, we collected a myriad of creatures from bacteria to giant crabs, as well as dazzling high-definition footage of the reefs. One highlight was the use of a specially designed microbial sampler which allowed the ROV to use its robotic arms to carefully collect corals and preserve them in the water from their natural environment; this allowed the scientists on board to analyse the microbial fauna of the corals – a first for the North Atlantic reefs. 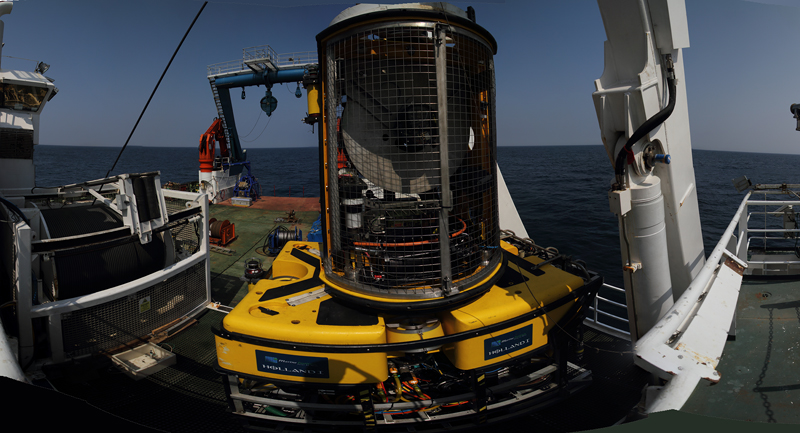 For the corals brought onto the ship, it was challenge time, as they were subject to temperature and CO2 levels projected for the oceans at the end of the century. Treatment tanks were set up to enable monitoring of the  response of the corals Lophelia pertusa and Madrepora oculata to ocean warming and acidification. As well as measuring respiration and growth, we also examined the protein expression and DMSP production of the corals in response to these changes,and the  fitness of the animals.

Sponges were also the focus of intensive research, as we looked at the role of sponge assemblages in carbon cycling in the deep oceans. Using sponges collected by the ROV, they examined their respiration and feeding using incubation chambers and isotopically labelled food sources.

The diversity of expertise from collaborators across the UK and the world meant that the ships activities changed regularly. We collected box-core samples from the Hebrides Terrace seamount, deployed an Eddy-lander system to measure oxygen consumption, a SPI camera to image the fauna in the upper seabed and examined the environment the coral ecosystems need using a CTD, Moving Vessel Profiler and Stand Alone Pumps. For all the tired scientists returning to land, it is now time for the lab work to begin, as samples get processed and analysed. The Changing Oceans Expedition is one of the most ambitious attempts yet to understand the functional ecology of cold-water coral systems. Without this understanding we cannot predict how these ecosystems will respond to global climate change. More information about the reseach and some stunnign images from the deep sea can be found on the Changing Oceans Expedition blog